What is Better to Buy an Old House or New Construction? 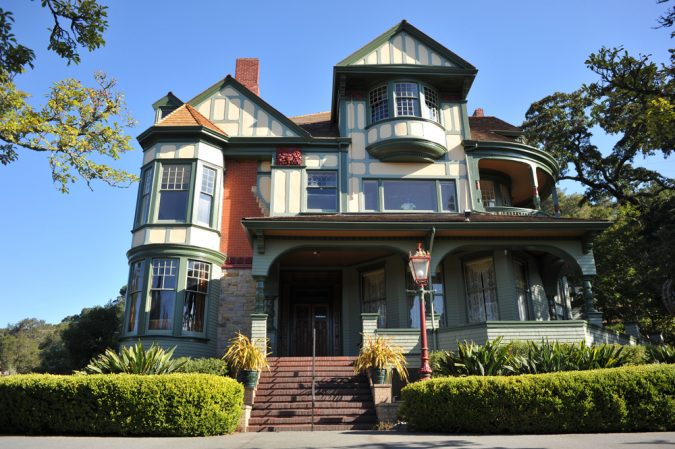 Often the first advice prospective home buyers hear is go talk to a lender to figure out exactly how much house you can afford. We think that could be jumping the gun. Rather, you would be smarter to first settle the old house vs. new debate: Which kind of house — new construction or an existing home — will better suit your lifestyle and budget?

Here are eight arguments to weigh, and our recommendations for each. Nevertheless, only your vote counts in the end. What’s amazing is the decisions are not as straightforward as you might think.

At work, we may still work in our corporate silos — one department clueless about what another is doing — but at home, we prefer open floor plans, spacious kitchens with marble or granite countertops, roomy walk-in closets and three-car garages that we can use not only to park our Range Rovers, but also to launch the next YouTube, Apple or Hewlett Packard, which, by the way, all started in garages.

Counter: That’s all well and good, but all that functionality and luxury come at a hefty mark-up. Indeed, the current gap between the more high median price of newly built homes and that of resales has exceeded $70,000 over the last six years, according to the Commerce Department and the National Association of Realtors. That’s the biggest spread since these two organizations began jointly tracking these figures in 1968 when the gap was only $49,000.

Our choice: If the new-construction house represents the amenities you want in a home, the $70,000 price tag isn’t nearly as outrageous as it sounds. To reconfigure an existing home to the way you like it — knocking out walls, remodeling the kitchen, updating the bathroom, etc. — could reach $70,000 plus in a flash. If the new house has everything you want, buy it!

2. Nothing can compete with that new-home smell

By “new-house smell,” we mean your toes will be the first to touch the carpet or the bottom of your tub. It will literally contain your footprints and memories and no one else’s. You won’t have to deal with any lingering smells or germs, either, created by a previous owner, perhaps someone who was too in love with his deep-fryer or not all that fond of cleaning up after his pets.

Counter: While newness can prove irresistible, it comes at a costly premium. Like cars, once driven off the lot, a new home sold even a few months later is considered a resale. To our point, were you to buy one of the builder’s first homes in a development, then try to sell it just a few short months later, you might find it harder to sell because new buyers will prefer the newer homes in the later model phases.

Our choice: New smell is overrated. Paying a premium for functionality makes a lot of sense, but far less sense because you have a case of the cooties. Lately, home buyers seem to agree. Since 2000, new-home sales are tracking at about 65 to 70 percent of their annual average.

3. With new homes, there are no remodeling costs

The reason you should be buying a new construction home is you like it just the way it is. You don’t have to remodel anyone’s remuddle.

And should you get the remodeling bug, it’s very costly. For example, hop on the remodeling calculator to price out any potential remodel. Whether you want a full house remodel or just a single room, like a kitchen, remodeled, it will automatically give you a lower, middle and top third estimate based on where you live. For Southern California, the estimates for a kitchen remodel were $6,000, $29,000 and $68,000, respectively, with an average price of $35,155. For an entire house remodel, they were $80,000, $173,000 and $480,00, with an average of $253,003.

Counter: New homes don’t stay new for very long. Plus, the tastes and preferences of people change all the time, especially since they’re subject to the constant wiles and styles of Madison Avenue-driven home fashion decorators and designers, who are handsomely paid to keep you always begging for more and something different.

Our choice: Get it right the first time. So if you like the new house, buy and learn to live with it for at least 10 years before getting the remodeling itch.

That might be a stretch, because nothing is maintenance-free, not even that new Dodge you drive off the lot, but according to the Census Bureau’s most recent American Housing Survey for new construction homes (no older than four years), new homes cost less to maintain. For routine maintenance expenses, 26 percent of all homeowners spent $100 or more a month on various upkeep costs. However, only 11 percent of owners of newly constructed homes spent this amount. In fact, 73 percent of new homeowners spent less than $25 a month on routine maintenance costs.

Counter: Okay, but what happens after that fourth year? How does one know whether the builder/developer built your house to last or just built it with a lot of cosmetic, McMansion flourishes to make an easy sale?

Our choice: They say numbers don’t lie, but these are hard to buy. One reason, it’s hard to keep things looking new. If you want the new home to retain its showroom glow, you might actually spend more money on upkeep. On the other hand, a resale already has that comfortable, relaxed, lived-in quality. What’s one more scratch on a floor that has already yielded many. We’re not buying the less-maintenance argument.

Counter: Many of these new-construction homes are located in suburbs and exurbs, meaning their residents have to make long downtown treks, burning fossil fuels. If they’re not burning carbon, they’re burning valuable time. So how efficient is that!

Our choice: Buy a new in-fill home as close as you can to the city center. Barring that, buy a new home in a suburb near a public transportation link. Barring that, just buy the new home, wherever it’s located, and think of how efficient it is on your daily commute. To ease your commuter pain, see if you can’t negotiate with the boss to work a day or two from home.

Builder and developers have learned a few things from their sharky, car-selling counterparts. So, especially if it’s a buyer’s market, you might get your builder to finish your basement or upgrade your kitchen. Many builders also offer loan buy downs, in which they’ll buy down your loan’s interest for the first one, two or even three years, making your new-house purchase less expensive.

Counter: Since when are new home dealers the only ones offering incentives. Existing home sellers have a whole raft of incentives at their disposal to attract buyers, including carry-back financing, lease-to-buy options, paying closing costs, paying a year of homeowner association fees, etc. So, builders hardly have a lock on offering incentives.

Also of note, if you’re buying a historical property, you might qualify for state and local tax incentives in the form of tax credits and lower interest loans. You literally have history and the government on your side because you’re choosing to restore and preserve a historic structure. For a closer look at financing options and recent interest rates.

Our choice: No side has a better claim to providing incentives. This one is a draw. It comes down to buyer having the moxie to negotiate the best deal.

We’ve never heard of a new house being sold with old or used appliances! Plus, this goes back to the new-smell attraction of new houses. That gleaning, brand-new range, microwave and refrigerator aren’t coming with any foul odors that have been baked, frozen or encrusted in over the last few years.

Counter: Most resales come with home warranties that will protect you financially if your dishwasher goes on the fritz.

Our choice: This is undebatable. New is the clear winner by more than a nose!

New communities, as a rule, should benefit from better city and town planning, with improved access to parks, shopping areas, transportation corridors and other amenities.

Counter: Old communities may seem like a hodgepodge of streets and ad hoc services, but collectively they sometimes create an uncanny charm that can’t be created in a city planning office. Older communities typically feature more mature landscaping and architectural features that can’t be duplicated, without it looking like faux architecture. Older communities also come with a track record. You know where the neighborhood stands. You can’t say the same about a new community. It has yet to prove itself, despite your paying for all those new-community perks.

Our choice: There’s no substitute for character. Nouveau is no match for nostalgia, especially when an old town respects its past with dignity.

This was a close tally, and a far more complicated comparison than one might think before undertaking this old house vs. new comparison. A new home can offer you a clean slate on which you can imprint your signature style for decades. An older home can hold you hostage to the past, but there are worse fates than being held prisoner in a Carmel, Calif., cottage or Greenwich, Conn., colonial steeped in history and tradition.

Still, if you can swing the added cost of a new home, there’s nothing like new construction. It speaks to the future. For cutting costs, you won’t see a lot of initial savings, but you will be on the cutting edge with contemporary living. 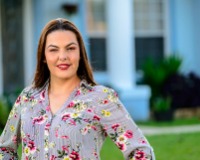 Author: Paula Rodriguez
Phone: 407-724-3318
Dated: September 1st 2017
Views: 291
About Paula: Born in California, raised in Florida and fluent in English and Spanish. I have watched as Davenport...

In just a few seconds, you will be searching just like a Realtor®

Alternatively, if you are looking for a new place to live, Our Realtors can help you find the perfect home in the Orlando, Kissimmee, Davenport, Clermont area known as the Four Corners, where Osceola, Lake, Orange and Polk Counties come together, Next to Disney and the Theme Parks.

Rest assured that EXIT Realty Champions will Champion your housing needs, whether buying or selling one of the biggest investments you have, your home.

The 1 Reason It Is Difficult To Find Your Dream Home

Four Tips For Selling Your Central Florida Home In A Hurry

Four Tips for Selling Your Central Florida Home in a Hurry.One of the

Resort Style Living in this beautiful

Can I Afford the House I want?One mistake young homeowners make is ove

"FOREIGN NATIONAL BUYERS Scott was very professional, organized the purchase of both my homes from overseas, I was kept updated and involved, but without the usual hassles I have previously experienced in dealing with builders "

This is a list of your favorite properties. We will email you if a property is reduced or leaves the market.

This message will go directly to the head of our team.